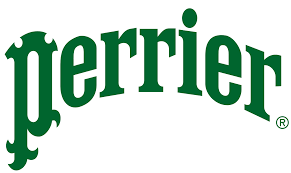 Sir John Harmsworth, the brother of successful and very wealthy English newspaper magnates, met Dr. Perrier while studying French near Les Bouillens. In a quick hello, goodbye Harmsworth bought the source, renamed it Perrier as homage to the doctor and began bottling the water in its distinctive green bottles. Perrier, the drink, was now destined to be here, there and everywhere. The water from the south of France captivated Britain. This was a crowning achievement as Perrier was a symbol of Franco-British unity with its added value Royal Warrant, By Appointment to His Majesty the King. In 1908 at the Franco-British Exhibition, Perrier lived up to its elite image by winning the Grand Prix des Eaux Minérales Vente de l'Année, after selling 5 million bottles in England and its colonies. It was time to break the French market full force, but with a sophisticated touch. To do so, the Vergèze bottling plant went all out by reorganizing itself and doubling in size, all while promoting Perrier’s classy image as the champagne of table waters. The carbonated mineral water soon became synonymous with elegance, joy and celebration in France. All these characteristics were one of a kind for carbonated mineral water, and ultimately what led the little green bottle to break through its homeland’s tough crust.