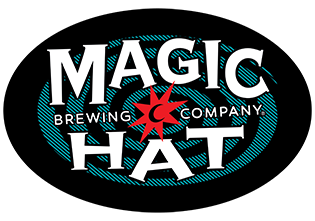 The idea of Magic Hat began where so many good ideas before it began: in a bathtub. This bathtub, located on Vermont’s Goddard College campus and devoid of a plaque of recognition, is where Bob Johnson brewed his first batch of beer. After years of honing his craft, Bob was finally ready for the big time. Soon after he realized his readiness, he re-met Alan Newman, a serial entrepreneur with whom Bob had worked in a past life. Bob told Alan of his plans and before a handshake could take place, the two were jet-setting to the West Coast for research. Upon their return to Burlington, Bob and Alan began their search for a space to call their own. That search landed them in an abandoned factory on Flynn Avenue in Burlington’s South End, where Bob would finally brew Bob’s First, Magic Hat’s debut ale and, soon after, the first batches of #9, Fat Angel and Blind Faith.